For Every Fear, A Promise

Home Main Highlight For Every Fear, A Promise
NextPrevious

For Every Fear, A Promise

As we finished our school year in October 2017, we asked each of our English teachers to reflect on their experience at the school. Mikhaila Bergen joined our staff this year as part of a greater calling God has given her for Guatemala, and throughout the year received guidance from Him about her future and what type of ministry he’s calling her to.

I came [to Global Shore] because God had already spoken to me really clearly that I was going to be coming back to Guatemala. I was here in March 2016 and on that trip He told me, “Mikhaila you’re coming back to this country soon.” And so, I told him: “Lord there’s so many different things I can do”. I wanted Him to place the organization that He wanted me to go with right in my lap. And I didn’t! Because it popped up in my Facebook. That’s why I chose Global Shore. After looking at it I just knew right away that that’s what He wanted me to do.

I came and I had an expectation that He was going to be talking to me about my future, talking about what He wanted me to do, because I knew that I was going to be in Guatemala long-term but I don’t really know what that means because that could be so many different things. There’s so much need in this country.

I knew that he was doing something in my heart about kids because before I used to hate kids. And then the Lord spoke to me and said: “You’re going to be a missionary.” I was like: “I don’t think that’s true, because I hate kids and isn’t that what a missionary does, love children?” I told him: “Well, you’d better change something about me or else you’ve got a bad missionary and that’s not going to be anything good.” And then, it was in that moment that something happened, and I knew it was going to be something to do with kids. 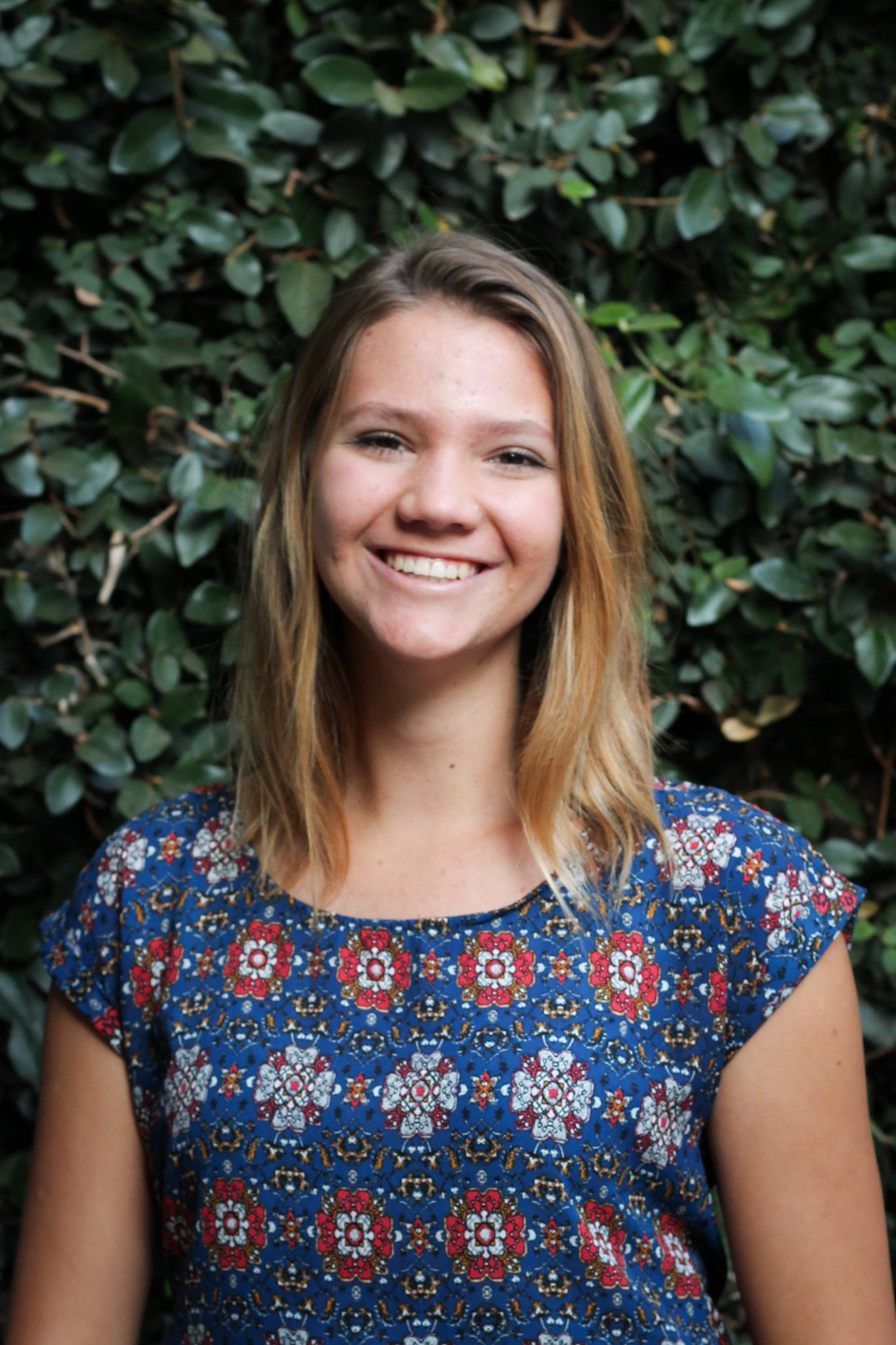 It’s been the most incredible, incredible kind of contrast, looking at my life before and who I was before and then who I am with the kids. I feel like it’s this whole different part of me that I never knew was there. They’re my greatest joy and my greatest passion, which is so cool because I went from strongly disliking children to feeling like I love these humans more than anything in the world. I came because the Lord sent me here and since then He’s confirmed and affirmed so many things and given me so many promises about my future: promises about being a mother to many children, and promises about different things to do with things he’d already spoken to me about without showing me the whole picture. 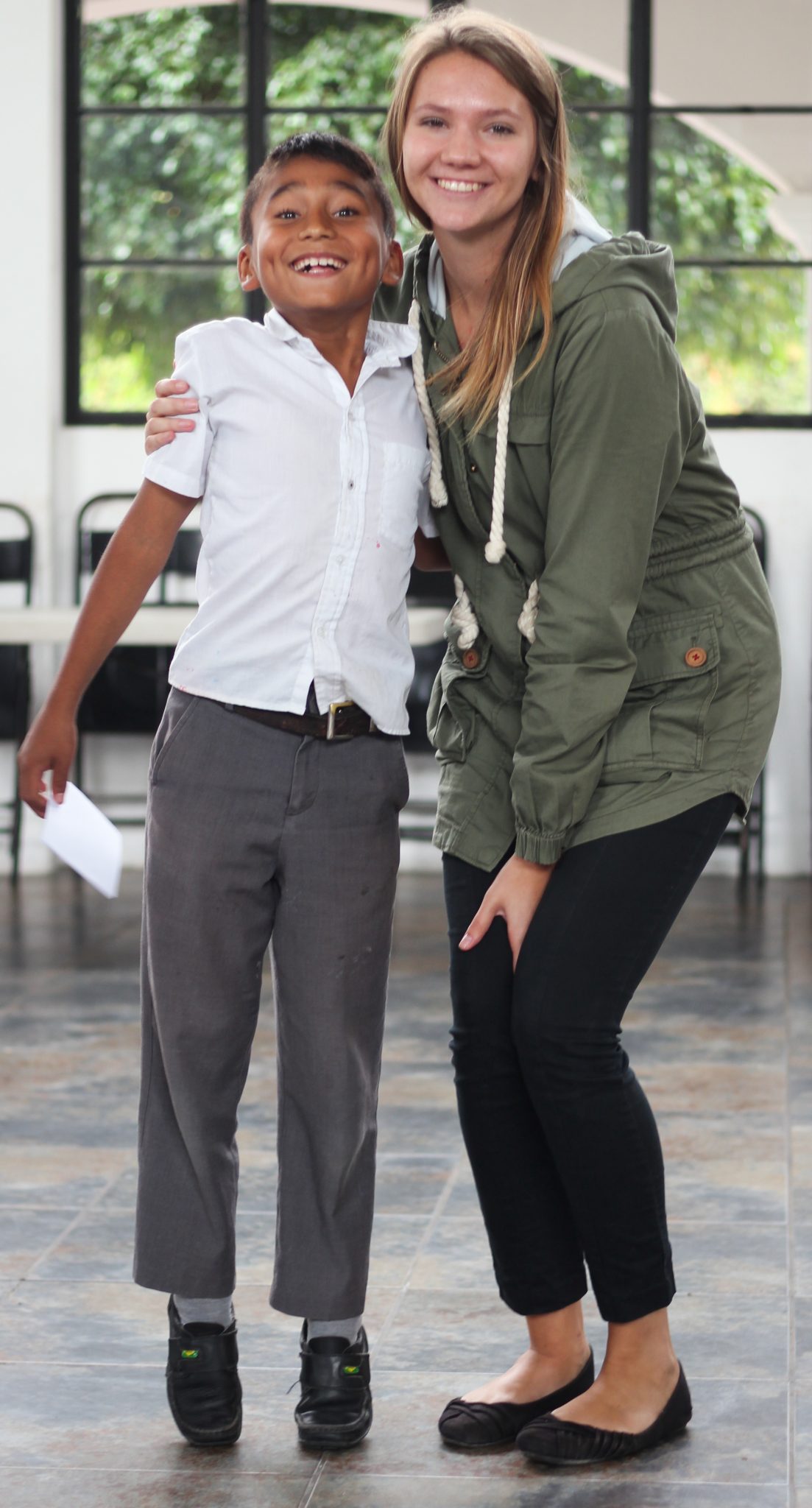 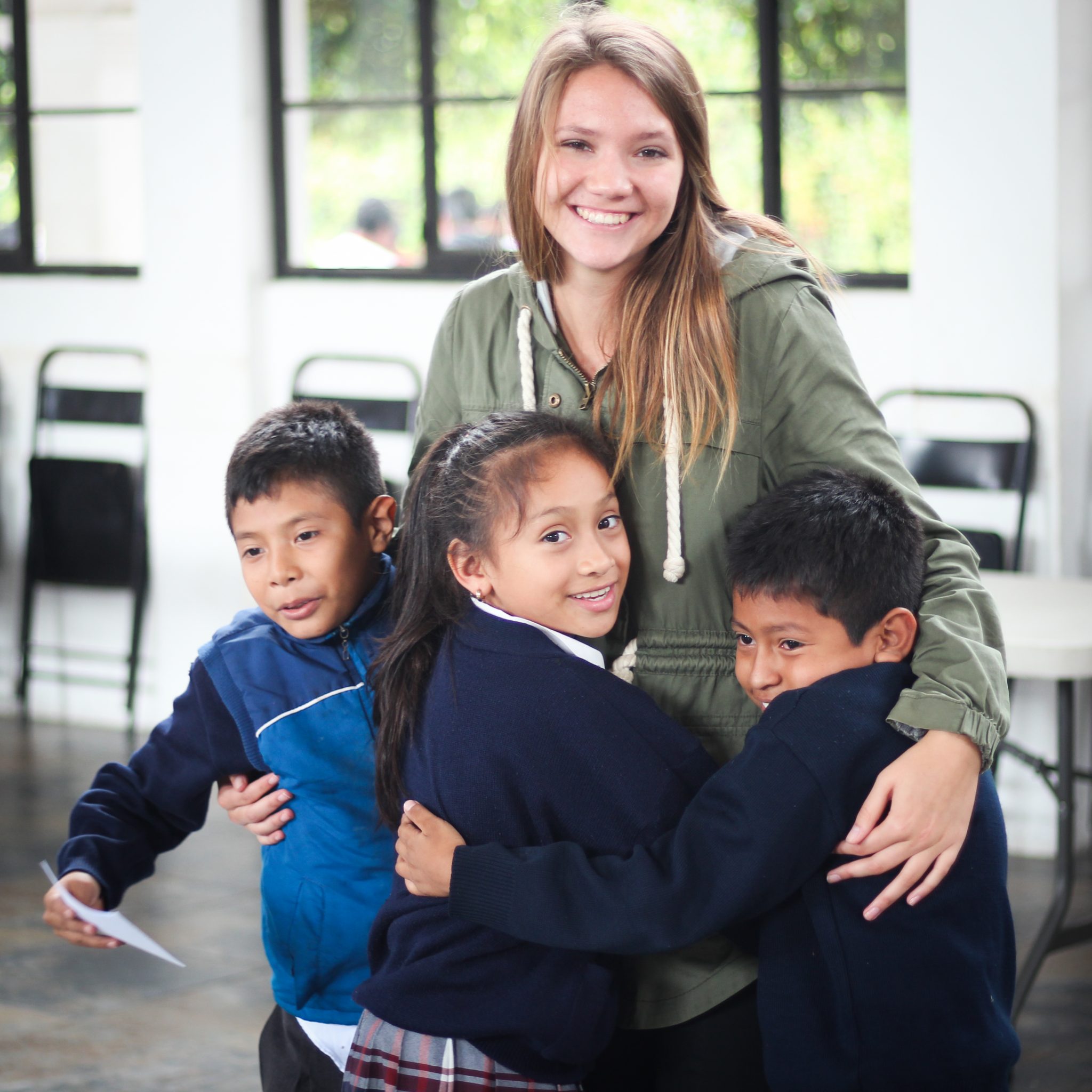 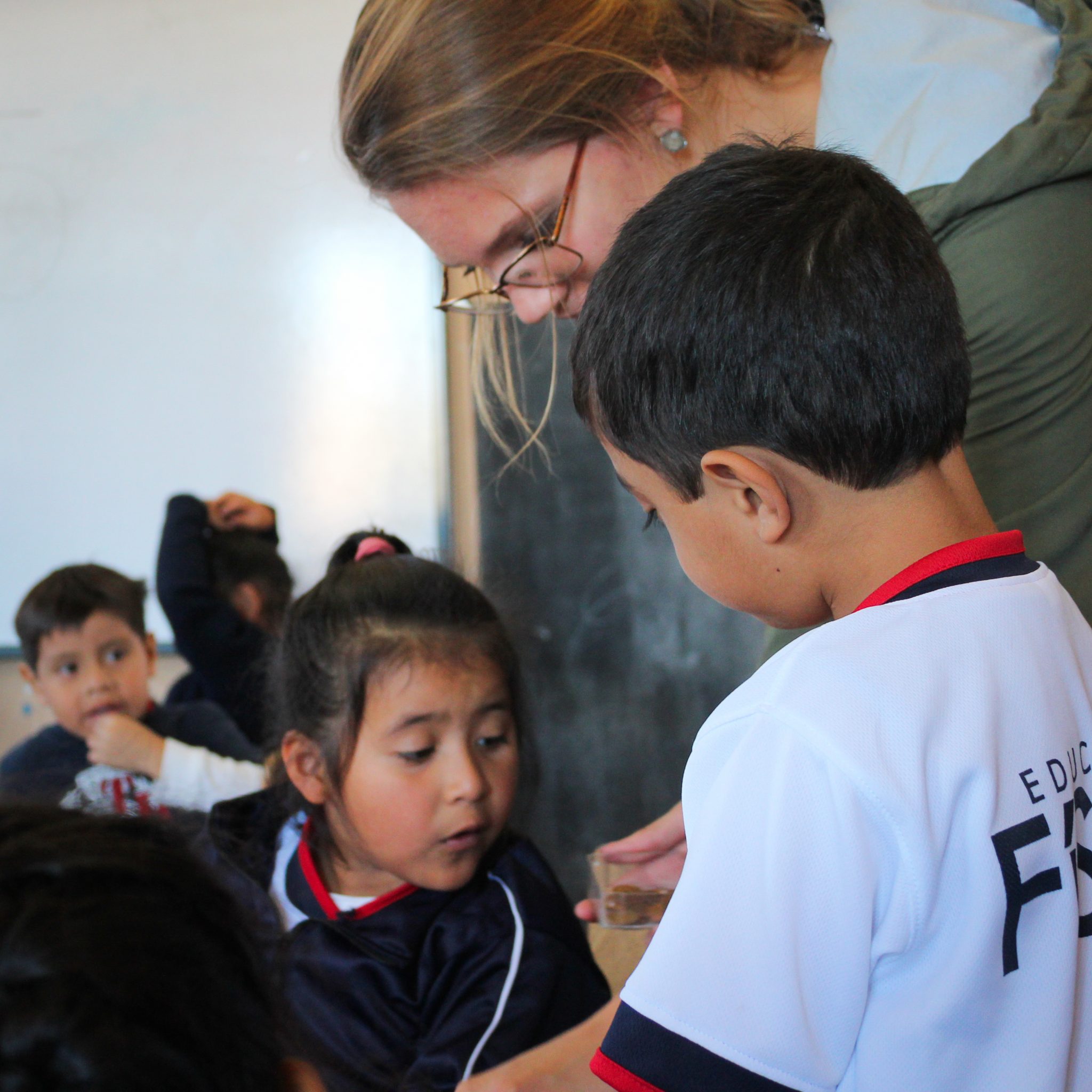 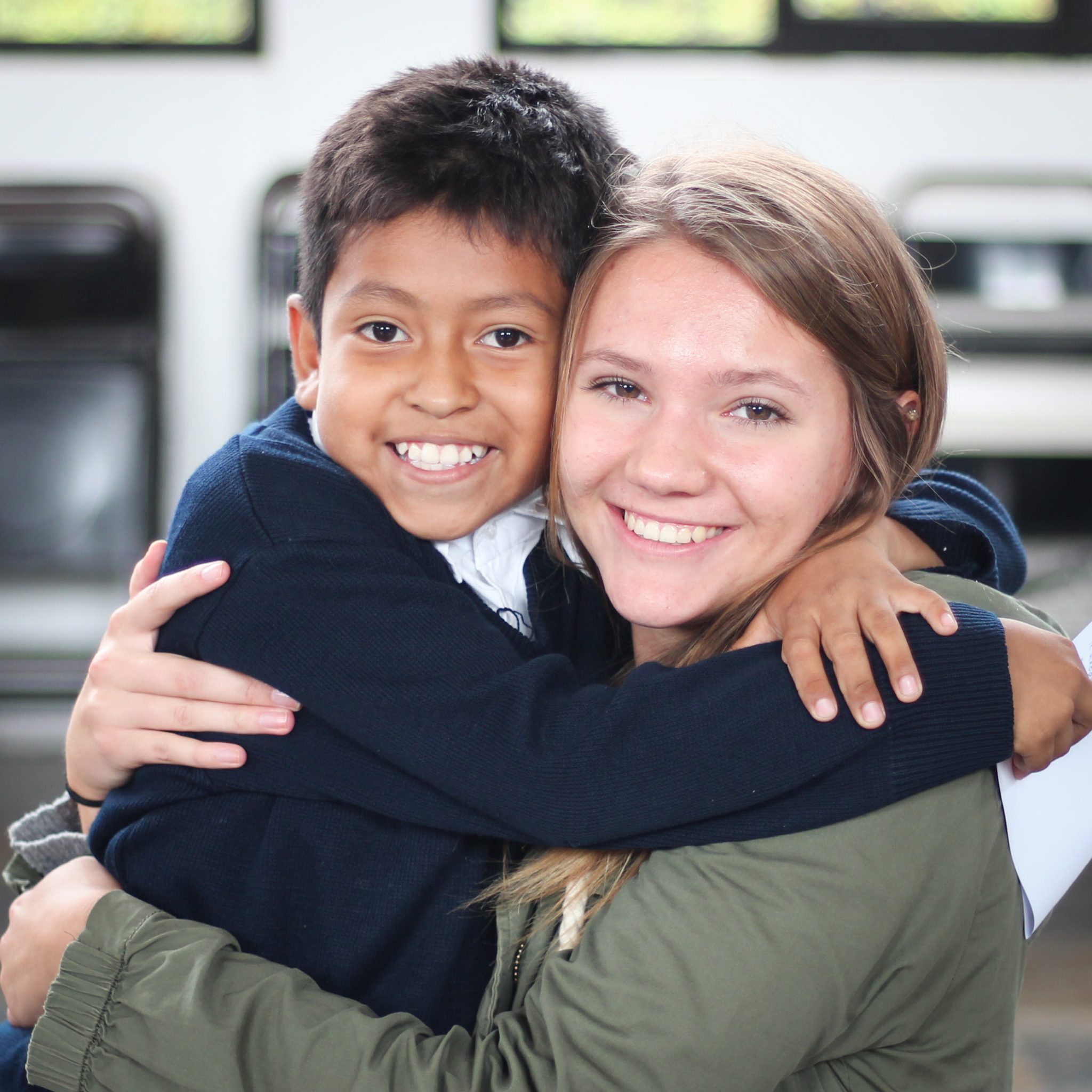 In June I went to Tactic, Coban, volunteering up there for a week, and I already had prayed before that, and I knew that he was going to do something that week. I told him: “If you don’t say anything to me, then I know that I need to go to university, but if not I’m going to look for a different organization, I’m going to look for something to do, to stay here.”

I went and I had this feeling, like “Please, just don’t send me to university. Please don’t make me do that.” I had no desire to do so and it sounded horrible, going from this to going back to Canada and paying thousands of dollars for school, maybe getting in school debt… and I was like: “That sounds like a horrible plan.” But I went to Tactic, and he spoke to me really, really clearly though Les, the founder of Impact Ministries there. Les was leading a debrief with a group that was there and he started telling a story about this young man who came to Guatemala when he was nineteen years old and I realized: “Oh my gosh, I’m nineteen!” God’s presence was immediately so strong. Instantly my throat tightened and Les said: “This young man came to Guatemala, he saw these people and he knew that he needed to do something, and he knew that the Lord was calling him to do something big.” And this whole story was about the founder of Wycliffe.

And so the Lord said: “Mikhaila I’m going to do something big through your life.” And I felt like: “Oh my gosh, that’s crazy.” Les went on to say, “I want to tell you another story.” And this one was about a young woman, also 19 years old, and again the Lord said to me: “Listen up.” This young woman, she came to Guatemalan and saw these children that were being abused and had physical and emotional wounds that needed to be healed, and she knew that she needed to do something about it. So she went back to her country, she went to university and got her degree in Psychology and that was exactly what I had been thinking about doing: Psychology. It was in that moment when the Lord washed over me and said: “This is you. This is your life and this is who I want you to be and what I want you to do.” It was really crazy. 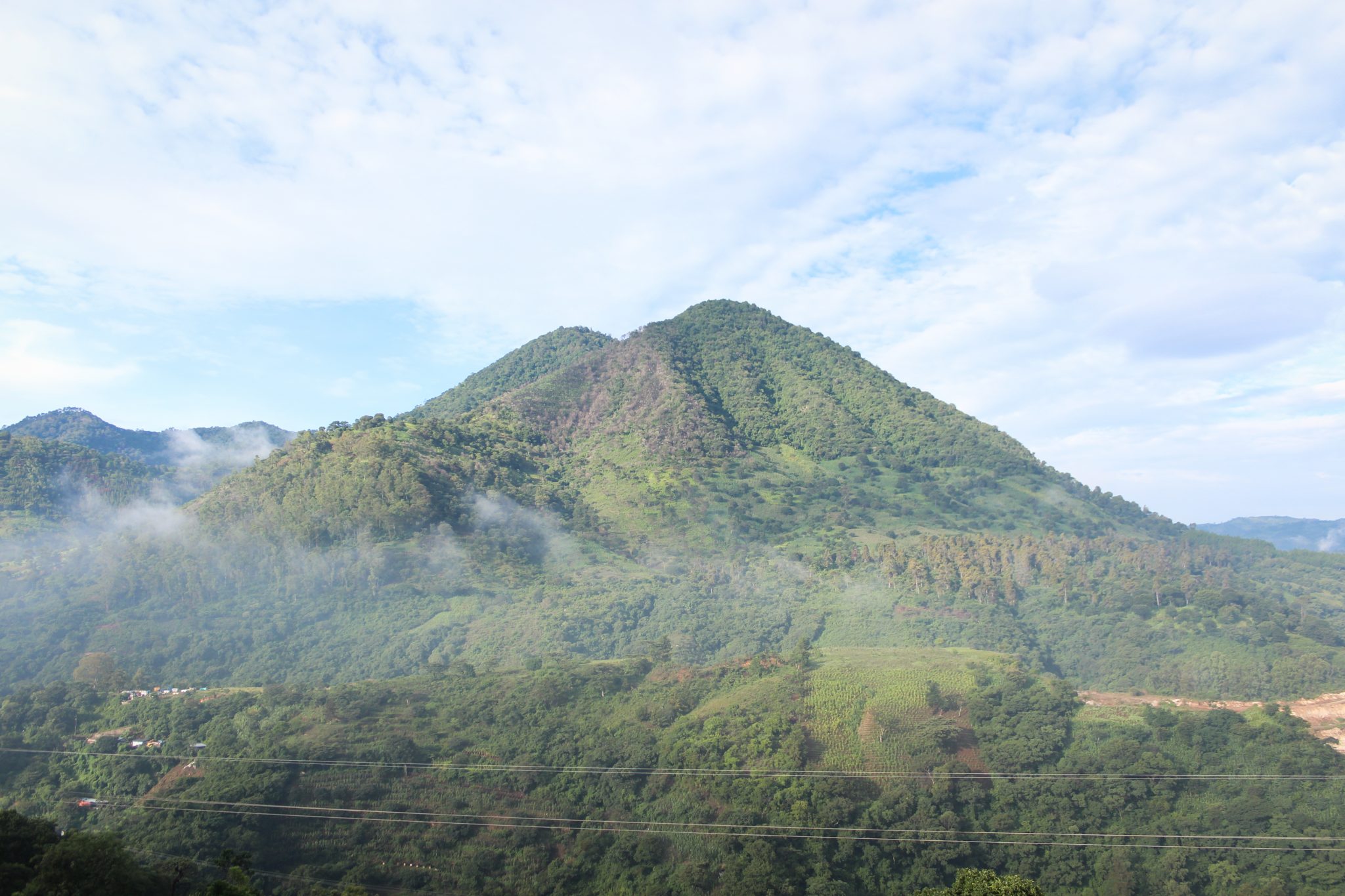 After that, I knew I had so many fears about what I was going to do and what was going to happen. I was like: “Lord, how am I going to go back, having seen and witnessed all this, and no one knows back home? No one will understand me. How am I going to pay for university?” I had so many different questions, but I was scared because I knew he was going to say: “You need to go.” A couple days later, still in Tactic, I knew that I needed to pray. There was this little bench on the side of a mountain and so I went and I sat there and it was like he was waiting there for me, sitting on the bench already. He asked me: “Mikhaila, why are you scared when you know that I’m right here?” It was a really cool moment of accepting what he was saying. After that, my feelings about going home didn’t change. It was a moment where I needed to submit to God’s plan. Even if that isn’t what I want to do in that moment, I still have to submit.

I just poured out everything, my fears and all of these things that I was so scared of. For every single thing he gave me a promise, which was really cool. I was afraid of people not knowing and not understanding. And I’m going to a big city, where people can be materialistic and people won’t understand. I thought: “I’m going to feel alone, and I’m going to be depressed, and I’m going to hate it.” And he said: “Mikhaila, I’ve already put someone ahead of you to make the path smoother. I’ve already planned to make the path smoother for you.” That was one of the promises.

With the money thing, He said, “Mikhaila, it’s not even your money; it’s my money. I’m an infinite God. Why would you even worry about that?”

Even with Spanish, I said, “God I don’t want to go back to white Canada.” And he said: “Mikhaila, I’m sending you to Toronto, the most multicultural city in Canada.”

For every single fear he had a promise. In that moment I knew I was submitting myself to Him and knew that I was going to be okay. He gave me a glimpse of the bigger picture and I saw that the next however many years I’m in Canada is to build His kingdom. I’m not just going to university to study something; there’s a reason and a purpose behind it. That was a really defining moment in my year here. The story isn’t ending here but it’s a continuation of the story. It sounds cheesy but it’s the next chapter.

I’m going to study Psychology and Biblical Studies at Tyndale University in Toronto. That’s my plan: I just want to learn about child development and how to help a child who has suffered trauma and how to help them move forward rather than being stuck, because you see so many children that are stuck. I want to learn how to see problems and help a child move forward and heal. What happens in your childhood defines you so much. So that’s the plan: to go and learn so I can come back and be a better aid to kids here. 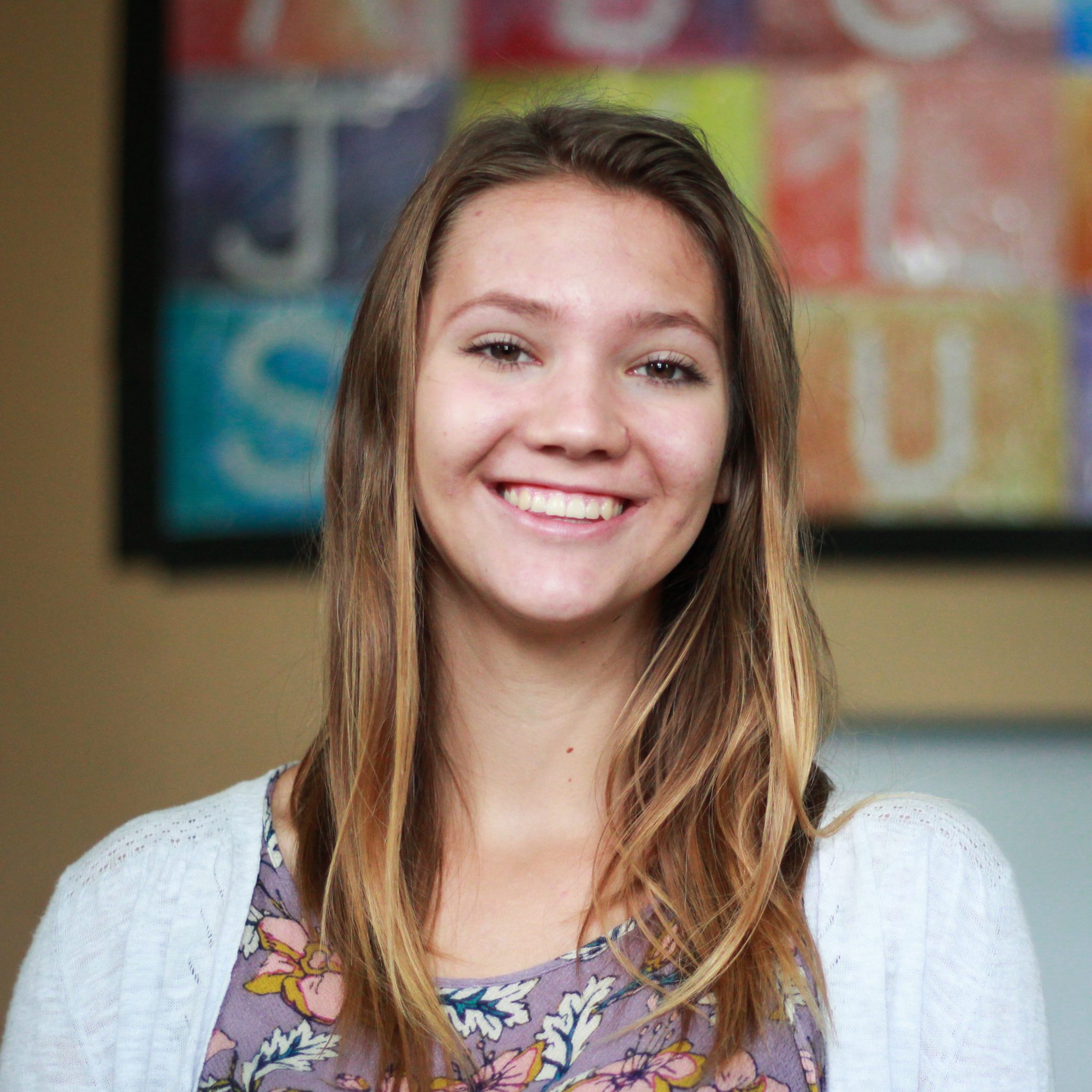 To encourage people who are thinking about coming [and teaching at the school], I want to say that when I came all I saw were the giants: the money you have to fundraise, leaving your family and stuff. But honestly it’s one of those things that you would never want to change for the world. There are things that are going to be hard and frustrating. I definitely had a lot of times when I asked: “Why did you send me here, Lord?” But looking back I see how it fits in this perfect plan of His. To encourage the people who are thinking of coming: the money, it doesn’t matter. It’s not your money, it’s the Lord’s money. What is human currency to an infinite God? Leaving your family? The year goes by so incredibly fast and it’s been the biggest blessing of my life. I’m sure anyone else who has come to this school has been touched by it. It’s not just in Guatemala, it’s spread throughout Canada and the United States what’s happening here. This year is one of the greatest gifts of my life.