On April 30th I went on a mission trip with Global Shore to their elementary School in El Tizate with 12 members of my campus group. Many amazing things happened on this trip, and I personally witnessed God performing many miracles and saw the Holy Spirit moving in several people, and one story included me. This story has three parts: what led me to be open and ripe for the Holy Spirit, the actual event of the Spirit moving through me, and the ramifications of how its changed my life since then.

One of the first things we did on our mission was go evangelizing in Antigua. In order to prepare I wore clothes with pop culture references in a faint hope that they would break the ice with someone. When talking to a group of tourists from Eastern Europe, I was introduced to a woman who was an audiologist, someone who works with the hard of hearing. It really won’t surprise those of you who have met me, but I am hard of hearing, I was diagnosed at two and a half and for my entire life I have identified as such. Until recently I had never truly faced how I let my hearing impairment limit me. I was always satisfied with getting just enough, or more than usual, but I would always limit myself from getting all of it. Whether it was school, music, friendships, or even my relationship with God, I told myself what I had was plenty. After chatting with the audiologist I realized that I was part of an international community already, one with exclusive access. I realized that I need not just accept my hearing impairment, but that it is a gift from God and that he gave it to me for a reason. God was going to call on me to speak his word to this community, and not just the deaf community but the disabled community as well. And with these revelations the stage was set for the Holy Spirit to come in.

A few days later I was helping out with crafts at the school, when Kat asked me to go on a hamper run; deliver some groceries to a newly accepted family who had kids at our school. It was spontaneous and she didn’t even know which family it was. After talking to our translator I found out that it was the home of a child who was born without the bottom half of his leg. The crazy part of this was that just the day before, the school pastor mentioned that even he had only just discovered this kid’s disability because of a playground incident where this boy’s prosthetic leg had soared through the air while playing on the merry-go-round; the boy had just laughed it off while reconnecting his prosthetic. The pastor was amazed at how much joy this child had, despite the weight a disability can bear on a person, especially a child.

We reached the home and started to talk to the mother who was home alone. She shared with us her journey with her son, how he was born with his disability and how she felt judged by others and even judged herself, asking whether or not she had done something wrong during her pregnancy even though she hadn’t. She told us how her oldest daughter had spent all of her time at previous schools relentlessly protecting her brother from bullies and the harsh nicknames that were hurled his way. She told us that ever since her kids started attending the Global Shore school, her daughter has started to open up. They’ve discovered that she is funny and likes to laugh — aspects of her personality that had remained submerged underneath the weight of the prejudice directed towards her brother. While she was talking I began to feel this need to speak, and the feeling grew stronger and stronger. Something in her story just spoke to me and even though I have never been bullied for my disability, I keenly empathized with this women. At the end of her testimony our translator asked if anyone wanted to say something and I did. And I talked for what must have been five minutes, and I am hazy on most of what I said, it just poured out of me so fast I didn’t even have time to think. I had to fight down tears at the beginning because I could feel how personal it was going to get. 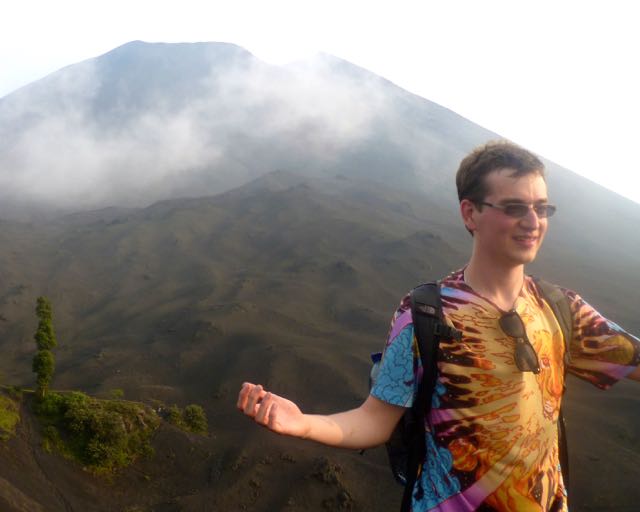 I started talking about how I grew up with my disability and how it limits me and how hard it makes it for me to progress in music or in learning languages, two things I feel keenly called to do. I talked about how hard it is to raise a child with a disability. I was one such disabled child and my parents had to work so hard to make me into the man I am today, one that was called onto a mission trip. I said she was an incredible mother to work so hard with her son, whose struggles would be very different from mine. The thing I remember saying best is: your son is not a great person in spite of his disability or despite his disability, but he is great person with a disability. That is a distinction I didn’t get until very recently. I also recently learned that disabilities aren’t something you ignore or conquer, but they are a gift from God. My disability was given to me so that I would be stronger, when struggles come to those with disabilities with things like school, its way less stressful, because we are always struggling. By beating these struggles we become stronger, and I see that her son is someone with a lot of joy, and all the adult amputees I saw in Antigua showed nothing but despair. Her son is not just going to raise up the disabled in Guatemala, by changing how they view their disability, but he will affect how others view the disabled too. At the end of my “rant,” I saw that she had tears in her eyes and I felt as though a weight had been lifted off my chest.

I also had a short conversation with the child afterwards, back at the school, and he was fine; he was happy and he didn’t think his disability was a big deal. I realized that I hadn’t thought about my disability until I was much older, when I realized all the limitations that I had put on myself. If our parents do a good enough job, we don’t even realize that we are different. I knew I had to share this with my mother.

When I got home it was mother’s day and I was able to share this experience and new understanding I had gained in Guatemala with my mother. She told me how similar her struggle had been to the Guatemalan mother. She shared how much work she did to get me up to normal standards both in communication and reading. All of these struggles I had no idea about. She too had wondered if she had done anything wrong during the pregnancy because there was no history of hearing impairment in my family. That was an incredibly hard thing to hear, even though I knew it was hard on her. It made me feel like a mistake, something I have thought to myself before. But I know now that I am not. Even though I was a very difficult child to raise, I am made in God’s image, all of us are, and sometimes he makes us different, what might be considered as less, but that just means he expects more from us.