Thirteen Students Who Beat the Odds

When we say “beat the odds” that’s exactly what we  mean. This piechart represents the total number of  students enroled in the various levels        of 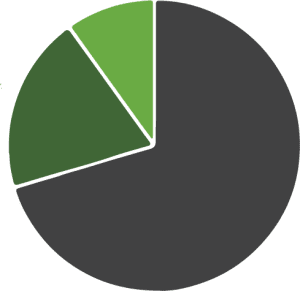 education in  Guatemala: primary (JK – Grade 6),    basicos (Grades 7  – 9) and carrera (upper secondary).    While 70% of  the total student enrolment is in    primary school, only  20% are enroled in basicos and    an even fewer 10% of students are studying at a    carrera level. Contrast this to the Canadian statistics    for the same academic levels with it’s near 100% enrolment all the way up through high school and the difference is stark. There is an alarming enrolment plummet that takes place after primary school, but our thirteen grads beat the odds! 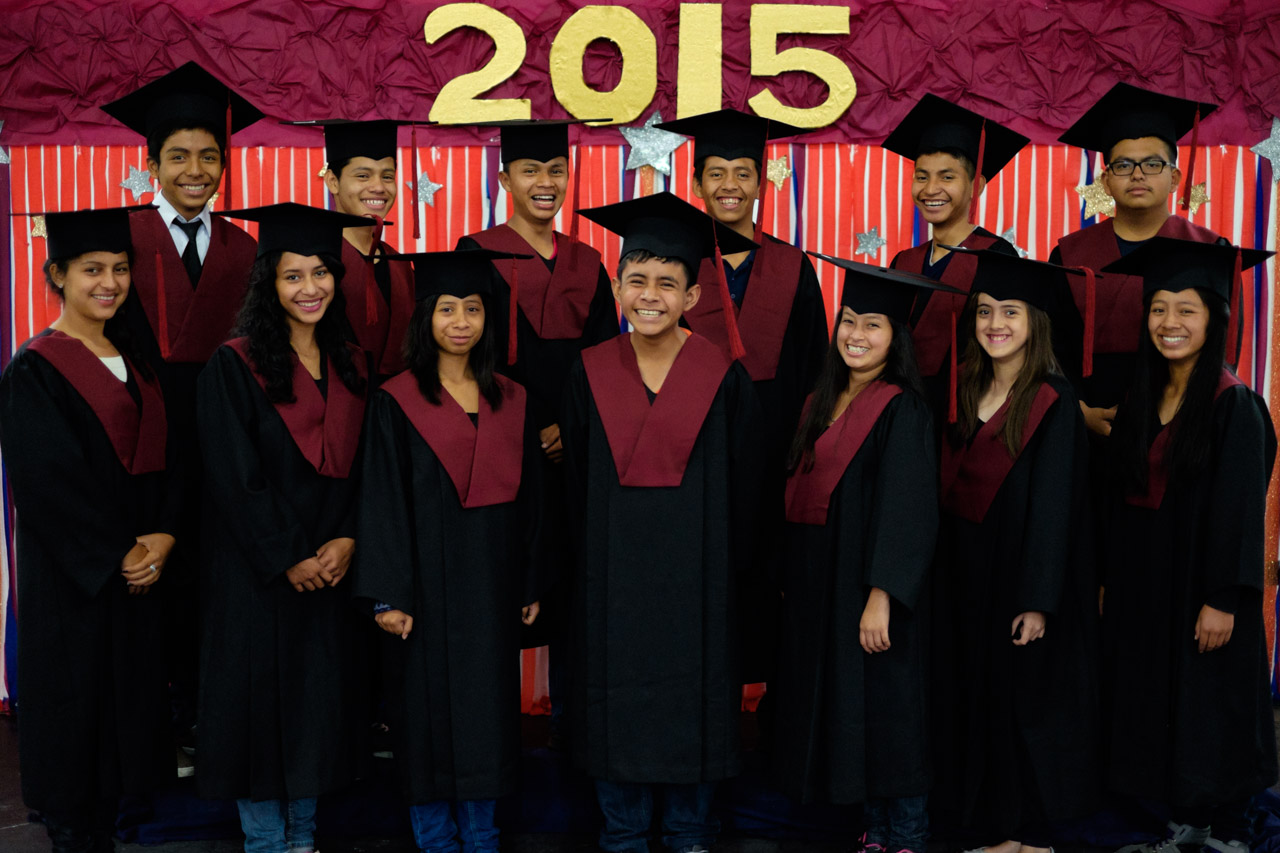 There is a second point worth celebrating and that is that all thirteen grads have chosen to continue on to carrera and what’s more, they have decided to stay on with us! Praise God! We are now beginning to see, after years of investment in these students, just what exactly the impact has been. The evidence so far is that God really can change a community and even break through societal norms and country-wide statistics to bring forth a new generation that will break poverty cycles and bring hope out of chaos.

In the very early years of the school, one of the founders of GSO spoke with a medical professional who had gone on a mission to Guatemala. Although medical missions are absolutely needed, the comment that he made was, “If I could do it all over again, I would invest everything in education.” Development issues are complex and while aid is needed on every level, education is what can bring lasting change.

“If I could do it all over again, I would invest everything in education.”

Although the construction on the new carrera building has a projected completion for 2017, we have already launched three out of the anticipated four tracks for our grads. They are: Bilingual Secretary, Bilingual Accounting and a Bachelor of Design. We hope to eventually offer a Teaching carerra as well. In addition to our thirteen graduates, there are nineteen others from the community enroled in the programs that began on January 18th. The school year is off to a great start and our devotional room has never been so packed as it is with 300 students now in it! The construction on the actual building continues now in the New Year and the provision of God was amazing as He touched so many of your hearts to give towards our year end goal of $20,000 for the building project. Our ending total was closer to $24,000!!! Thank you!

Although the construction on the new carrera building has a projected completion for 2017, we have already launched three out of the anticipated four tracks for our grads. They are: Bilingual Secretary, Bilingual Accounting and a Bachelor of Design. We hope to eventually offer a Teaching carerra as well. In addition to our thirteen graduates, there are nineteen others from the community enroled in the programs that began on January 18th. The school year is off to a great start and our devotional room has never been so packed as it is with 300 students now in it! The construction on the actual building continues now in the New Year and the provision of God was amazing as He touched so many of your hearts to give towards our year end goal of $20,000 for the building project. Our ending total was closer to $24,000!!! Thank you! 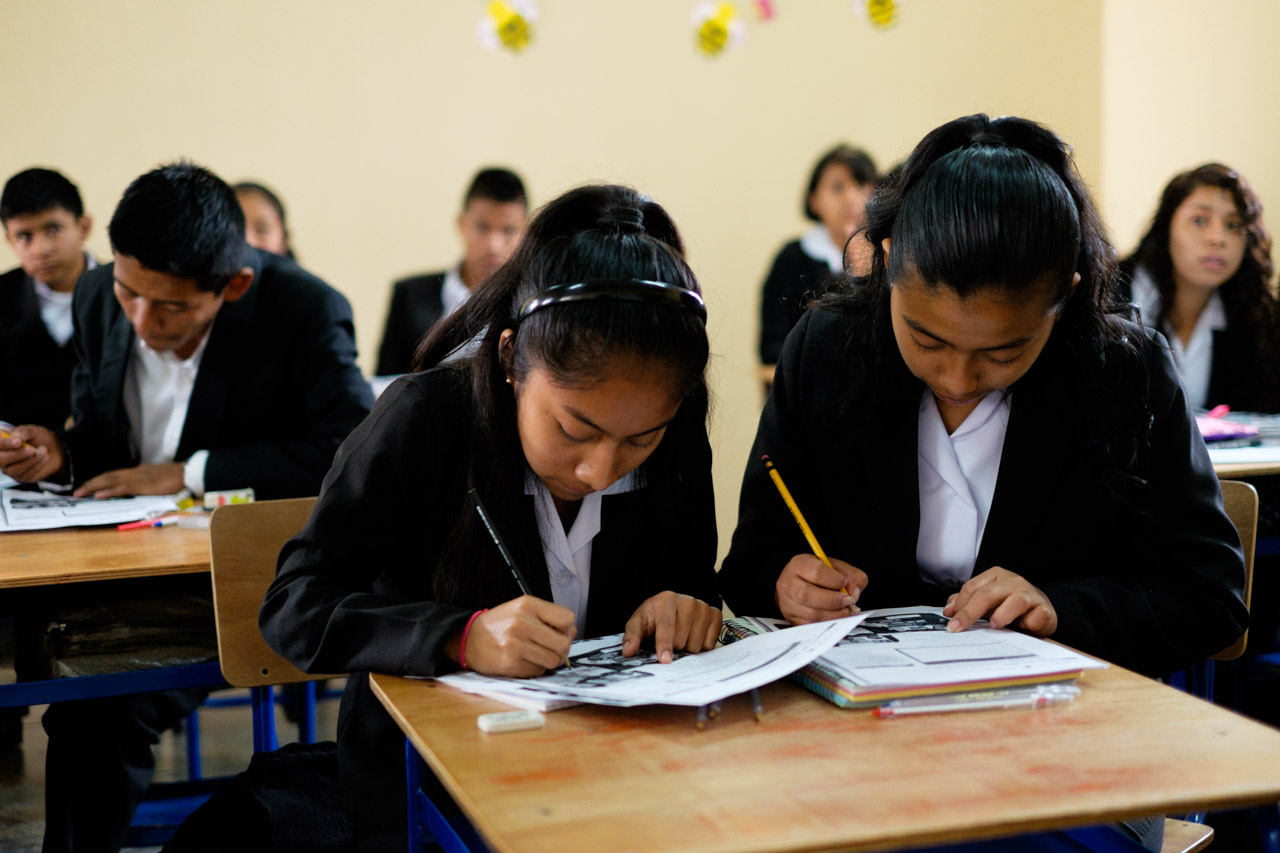 Global Shore Opportunities was founded by the owners of The Shore Group, a family run produce business. Several of the owners of this business are committed practicing Christians and were involved in some type of short term mission work earlier in life. It affected each of their lives in an extremely positive way and changed their outlooks and approaches to life. It was their desire to see other young people be able to experience something similar and a 4-month opportunity was born in 2002 that came to be known as the Summer Student Program (SSP).

The Summer Student Program operated for a few years prior to the founders being introduced to God’s powerful work in Guatemala. A glimpse of a bigger picture was caught and the sense that God had much more in store was undeniable. Shortly thereafter, Global Shore Opportunities was founded and formed as a charity and although the plans that God had for the ministry were not yet known, it soon became evident that He was going to do a mighty work in and through the ministry. As we look back over the last decade and beyond we are amazed at what has transpired and the work that God has done in the lives of both the people and children of Guatemala and in the many visiting North Americans that have come to serve.

In the Old Testament, when Joshua led the people of God into the promised land, he was instructed to remove stones from the Jordan river to set up as a remembrance for the people. When future descendants would see these stones and ask of their meaning, testimony would be given of the powerful provision and deliverance of God and the people would know, “that the hand of the LORD is mighty.” Many of the events on this timeline have greater stories behind them which act as our remembrance stones of the faithfulness of God to this ministry.

“The hand of the LORD is mighty…” 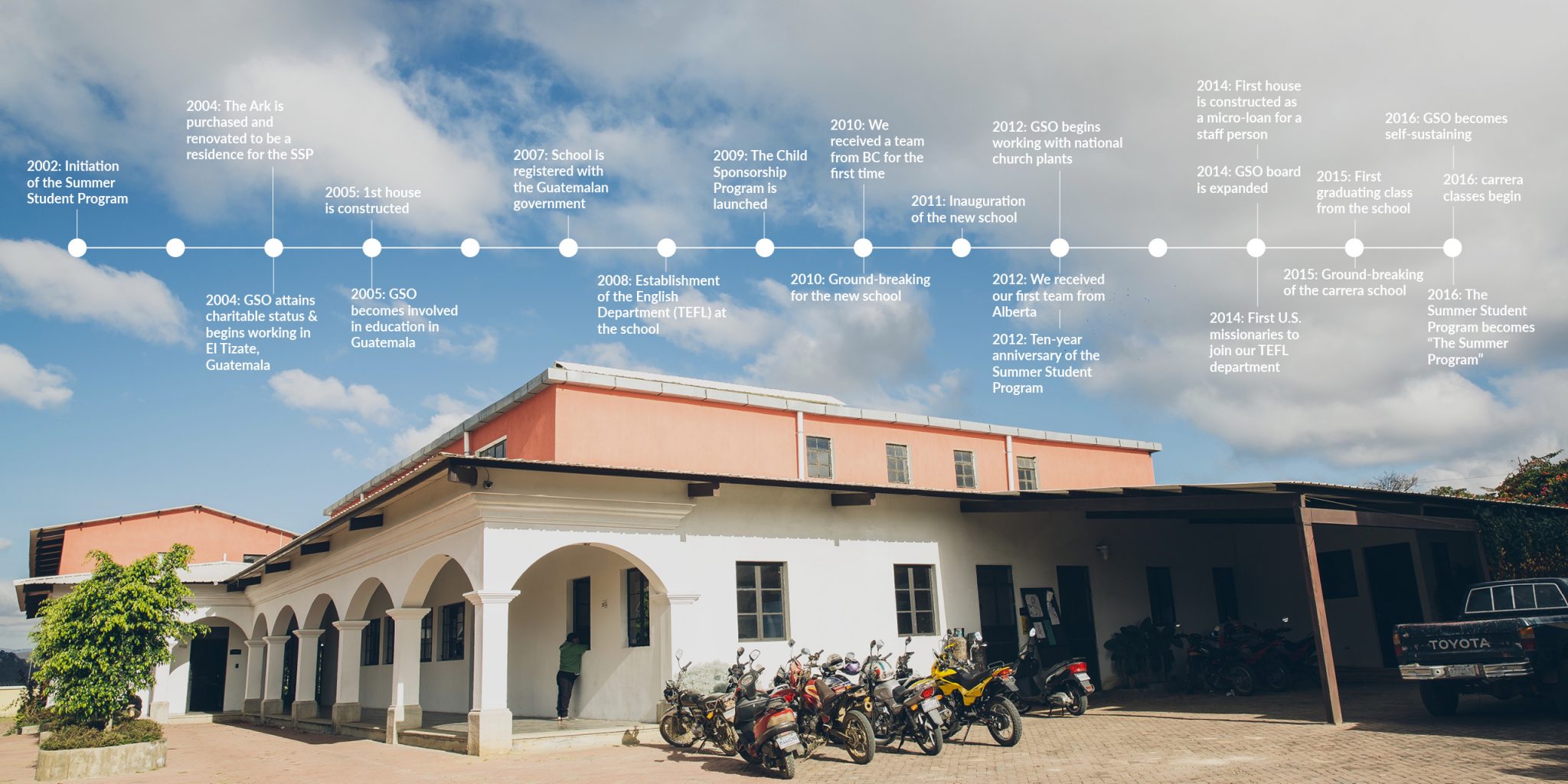 The Future – a Note from the Founders

2016 will be a significant year. We are incredibly honoured that God chose to use our business to birth and facilitate the dream that was in His mind and we also know and believe that it is a lasting dream with many fruitful decades of ministry to come. We have seen God bring countless people alongside this organization to support His work in Guatemala and it has been an incredible, humbling and powerful journey and now we come to the new stage before us: planning for future growth and the longterm sustainability of the ministry. Due to structural changes and an expansion in our business and its ownership, Global Shore is soon to become less reliant on a single source for its funding. We believe, however, that the timing for this is right because of the generosity of so many of you in investing in the students and the work of the ministry and it is because of your commitment that Global Shore is positioned to soon become self-sufficient.

If we experience the same degree of growth in our Child Sponsorship Program, Teacher Sponsorship Program and in the Nathan Trust that we have in the last 12 months, we will be on target to hit our new budgets for 2016. We invite you to consider partnering with us. We are in this together and our families are still very much committed to the organization and to it’s future growth. Will you consider joining us?

Together for His Kingdom,

We conducted a survey by email late in the fall to see in what areas we could improve as an organization in keeping you up to date. Here are the results to the question, “What would you like to hear more about from Global Shore?” 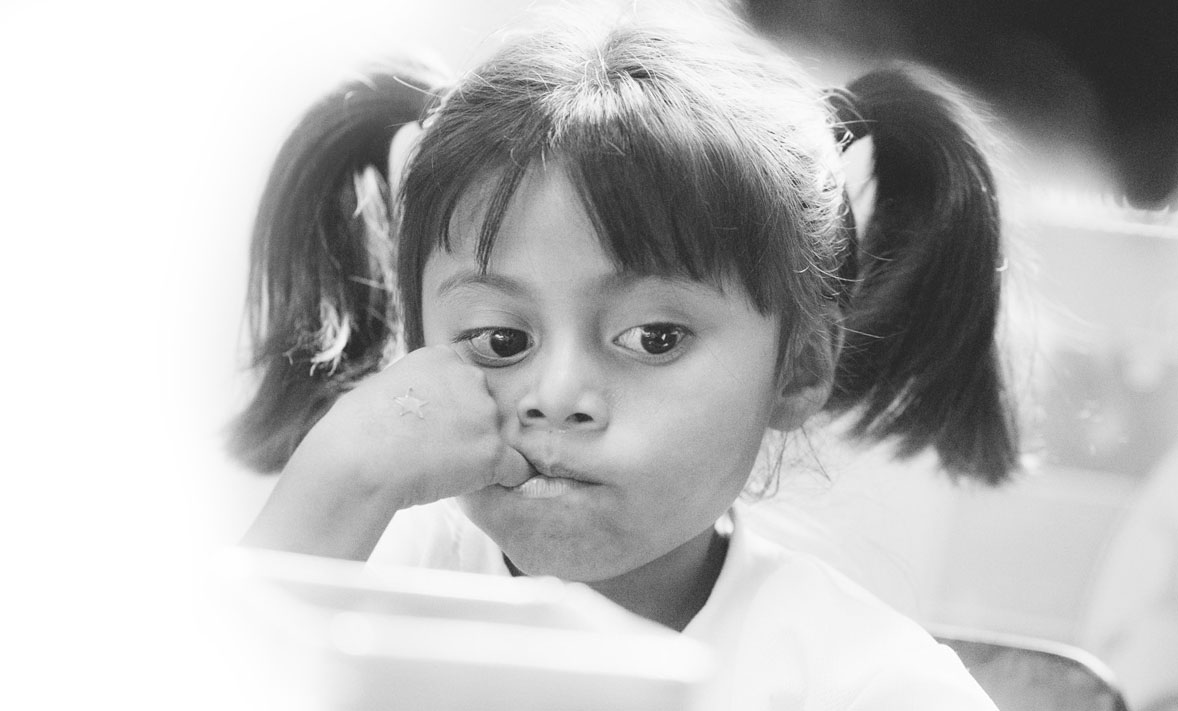 We commit to responding to each of these categories more in depth throughout 2016. In response to another survey question, it was a staggeringly high percentage of people who preferred to be contacted by email over any other form of communication. If you do not currently receive any email communication from us, please contact us! Also a reminder to check your “spam” folder or “promotions” tab as it is possible that our e-communications are landing there. We want you to be as informed as possible with all of the great God-stories coming out of Guatemala! Below we’ve given a few brief teasers in response to each of the categories from the survey. A big thank you to everyone who participated! Your engagement really means a lot to us.

A goal that we are working towards in 2016 is developing new revenue sources for the ministry from within Guatemala itself. Plans are being made as to how our school cook, Ana, can use her culinary skills to turn a profit and Luis believes we can rent out construction tools. We look forward to seeing how these initial steps can develop into larger initiatives and want to empower the nationals to dream creatively.

With the start of a new school year comes an influx of new students in need of sponsors. We need to gain 40 new child sponsors and 10 new teacher sponsors to meet our budget goals in these areas for 2016. Please see the enclosed Giving Opportunities brochure to learn more about each.

Family Trip: July 18-29, 2016
This trip is run at a reduced rate to make it affordable for families. All standard trip components apply.

Celebration Trip:
October 10-21, 2016
Our second time offering this trip, it is centred around the graduation of this year’s 3rd Basicos students. This is a great first trip for those
who have never travelled to Guatemala before.
Email info@globalshore.org 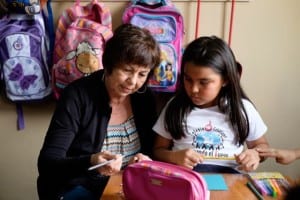 Two great ways to stay connected with us are through Facebook and Instagram. Search “Global Shore” for current news.

Every fall we host regional prayer events called “Access Events.” We anticipate hosting four in 2016 in Niagara, Norfolk County, Abbotsford and Vancouver. 2016 will also see an increase in fundraising events and we will keep you informed as to the status of those nearest to you.

We have fundraising goals for each of the provinces where we have a donor presence, but to reach those goals we need your help! We need help to creatively think of fundraising ideas and then to execute them. Contact us with your ideas. 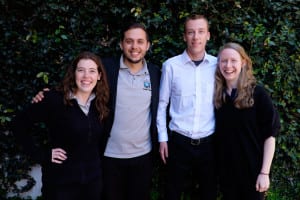 A newly commissioned pastoral couple is our beloved David and Anita. In the fall they began working in Chimaltenango, a city known for heavy industry. We hope to do children’s ministry in partnership with them soon. They are bi-vocational pastors and continue to work at the school in Tizate. 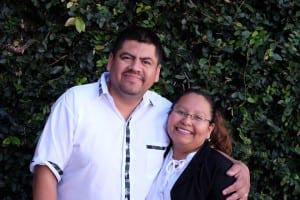 Through God’s miraculous provision, we have all TEFL positions filled for 2016. Testimonies on the provision of Micaiah Thomson and Travis Dyck can be found on our Global Shore facebook page. They joined returnees Shelby and Ellis, pictured left.